INVOLVED FROM THE BEGINNING

Since the first smartphone, we have been developing individual B2B and B2C apps for a wide variety of industries. In the meantime we have developed apps with millions of installations for various applications, e.g. apps for trade fairs, for sales, for marketing, for production control, for service technicians, gamers, radio listeners or small tools for everyday life.

As a rule, we develop natively for the operating systems iOS, Android and Windows. 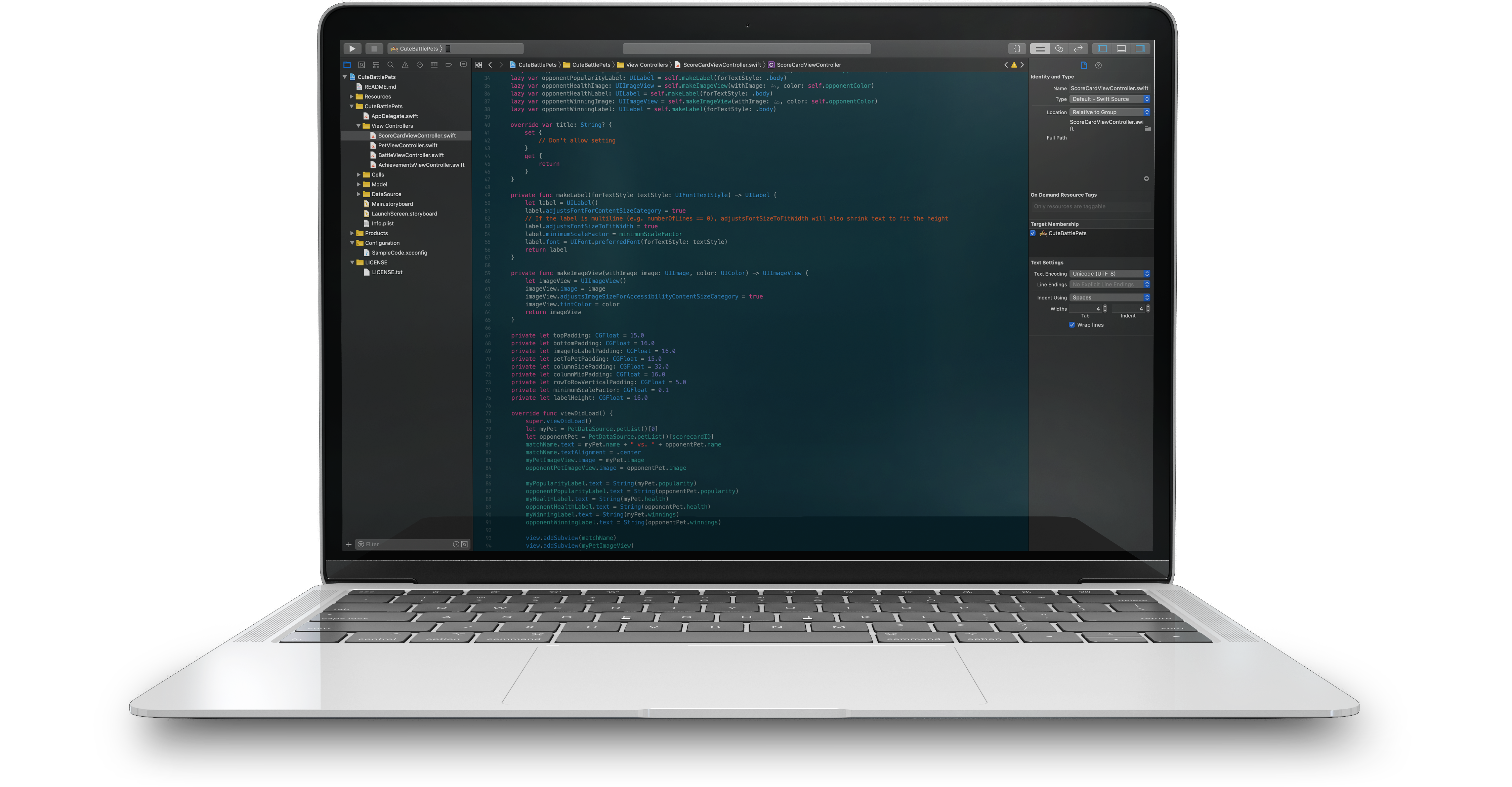 We are convinced that the native development of the respective user experience can help to
or the user behaviour. We make an exception for purposes of use,
that offer hybrid or progressive web apps.

In addition to classic apps for tablets and smartphones, we develop for desktop, smart TV and speakers such as Alexa or Google Assistant. Over many years we have developed our processes, methods, frameworks and standards with which we can efficiently respond to your individual requirements.

All About
APP DEVELOPMENT.
iOS Development
Native Apps for iOS and continuous technical development as well as extensions to wearables like the Apple Watch or the Apple Hompod.
Android Development
Native Android Apps from conception, design, programming, distribution to app marketing all around the PlayStore.
Windows Development
Native apps and classic applications for Windows based on the strong .NET architecture combined with the latest frameworks from Telerik.
Augmented Reality
Augmented reality from the creation of 3D objects to individual software for smartphone, tablet or HoloLens apps.
PRODUCT INFORMATION MANAGEMENT
In a world where data is the new gold, we build your gold storage on the basis of a PIM system already used by over 80,000 companies.
Virtual Reality
Virtual Reality Apps for Smartphones (Card-Boards), HTC Vive and Oculus Rift.
Smart TV Development
Cross-platform and cross-device smart TV apps for a unified user experience for the Smart TV Alliance, Samsung and several other TV manufacturers.
Smart Speaker Development
Talking solutions for Amazon Alexa, Apple Siri, Google Assistant and other intelligent speakers.

In more than 15 years, our digital agency has thought, done and solved over 2000 projects and tasks in a wide variety of industries. Here you can see an excerpt. 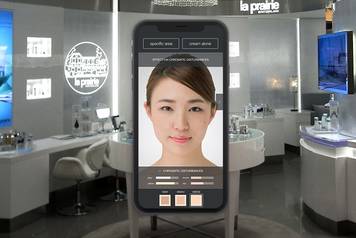 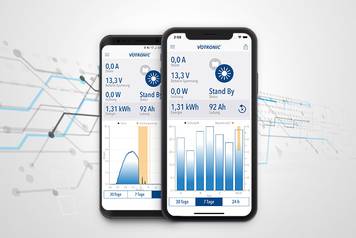 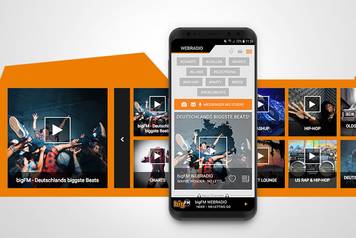 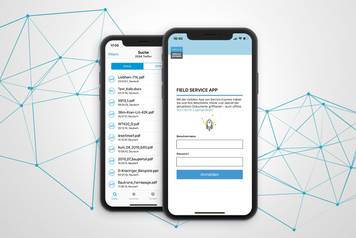 The development comprises several phases. Starting with the sounding out of the requirements and a draft, app development extends through implementation and testing to regular maintenance of the finished application. More
WHAT DOES APP DEVELOPMENT COST? It is difficult to name the total costs for the development of a mobile app without precise details.

The costs are significantly influenced by the size and some other factors. Mobile apps can offer very different functions.

Simple apps have only one function and do not allow further interaction with the user. An example would be a flashlight app. Other apps allow interaction with users and require their own database, which is much more complex to implement. The particularly complex apps include applications that have to offer secure data traffic, have a login system and are docked to an external system. This is the case, for example, with apps for Internet banking.

The compatibility of the app is also important. Business apps, i.e. applications that are only intended for internal use, are quite straightforward in this area. They are developed for a few systems that are usually known in advance. Public apps, on the other hand, present quite different problems. The large number of mobile devices on the market requires special attention during programming and an extensive test phase. In addition to smartphones, tablets and the different hardware requirements must also be taken into account. Finally, the question arises as to which system the app should be developed for. Multi-platform apps, i.e. applications that will later run on different systems, often double the effort and thus the costs.

This wide range of different apps, functions and features therefore results in a wide range of costs. Simple apps without special functions and for internal use can often be realized with a budget of less than 2,000 euros. More complex applications intended for publication require financial resources of between 4,000 and 25,000 euros to be implemented. With multi-platform apps with particularly high security and many functions, however, even such cost frameworks are sometimes not sufficient.

For these reasons, GAL Digital holds an extensive meeting with the customer prior to the start of each project. During this meeting, it is determined exactly what the customer has in mind and what the app must be able to do. After this step, it is usually possible to estimate a relatively precise time and cost frame. More
HOW DOES APP DEVELOPMENT WORK? The development of an app usually follows a fixed scheme. In principle, there are no differences between the classical development of computer applications and apps for mobile devices.

When developing apps for mobile devices, one of the first phases is to decide for which systems the app should be available. Android and iOS are fundamentally different, so that uniform application development is not possible. If an app is to be available for both systems, there are basically two separate projects, especially as far as the actual application development is concerned. This is followed by the organization of the actual app development.

The waterfall model has long been the standard and thus the classic. Here, the individual phases of app development are clearly defined. Similar to a cascade, the next stage is not started until the previous one has been completely completed. This should ensure a structured and orderly application development.

The spiral model offers a different approach. Here the different phases are processed cyclically. In this way, the developers approach the finished application over several stages. In between, it is checked again and again whether the set goals have been achieved. Adaptive Software Development follows a similar principle. Here it is regularly questioned whether the newly developed version has an advantage over its predecessor. More
WHICH SOFTWARE AND PROGRAMMING LANGUAGE IS USED FOR APP DEVELOPMENT? Programmers need a development environment to be able to implement the different process models for software development.

This is how the different programs and techniques used in app development are described. Often it is a combination of software and programming language, whereby several different variants can be used simultaneously. The market leaders in the field of mobile devices each offer their own development environments. These are used to create apps for the mobile systems.

Which programming language is used depends on several factors. On the one hand, the system for which programming is performed decides which languages can be used. On the other hand, the functions that are to be implemented specify certain prerequisites, some of which can only be implemented with certain programming languages. Apple is increasingly relying on Swift. This is a programming language that was developed internally by Apple and has been in use since 2014. In addition, C++ in the form of Objective-C plays a major role in the development of apps for Apple devices. On systems with Android, however, apps written with Java, C or C++ are used. In addition, Android apps can also be created with Kotlin. Kotlin is based on Java and is supposed to facilitate the development work. In addition, it is syntactically based on Swift, which makes work easier for developers who program for both systems. More
WHAT ARE THE MOST IMPORTANT STEPS IN APP DEVELOPMENT? Every app starts with an idea or a requirement. However, it is a long way from this idea to the finished app.

The next important step in development is to specify what the app must be able to do.
It is therefore a matter of determining the exact functional scope
to define the In software development, this phase is also referred to as requirements analysis.

In the second phase, the system specifications are defined. Here it is a matter of identifying in which areas and on which systems the app should later run. Is it a business application that is only used in an internal ecosystem or is it a public app? Should the app run only on a specific operating system or is a multi-platform application planned? These questions are important because they determine which development environments and programming languages will be used.

Then the actual application development begins. The goals, systems and functions are now defined so that the developers can start implementing them. The different approaches in software development, such as the waterfall model, divide the actual development into several steps. The result of this phase is a prototype of the app.

This prototype now initiates the next important step. Integration and system tests begin. The application is not yet ready for release. Internally, it is checked whether the app meets the requirements defined in the first phase and whether all functions are available. It is also checked whether the application is running correctly on the planned target systems. Accordingly, an error search is carried out and the performance of the app is checked.

Only when the application has fulfilled all expectations and passed all necessary tests does the transition to the final stage follow. This is the phase of delivery, deployment and maintenance. Integration does not usually mean the end of application development. It is now a matter of checking whether the app delivers the desired performance in practice. If errors and inadequacies are found, the app must be improved. More
WHAT CHALLENGES CAN ARISE DURING APP DEVELOPMENT? The development of apps for mobile devices brings with it some special features. One of these features is the strategy regarding release and updates.

What is not a problem with software for conventional desktop systems must be taken into account with mobile apps. Every slight change to the app requires an update by the user. Smartphone owners are often tied to monthly traffic limits, so each update consumes valuable data volume and is therefore unpopular.

When it comes to developing multi-platform apps, there are other challenges ahead. The systems are sometimes so different that it can be necessary to form two separate teams. This is partly due to the different development environments, some of which require different programming skills. On the other hand, the requirements of the platforms, such as Android and iOS, are sometimes different, so that other concepts have to be found with regard to implementation. A further challenge of these multi-platform apps is to have two apps at the end that are as similar as possible in terms of appearance, function and control. More

Frequently asked questions about app development. If you have further questions, please send us your question to info@gal-digital.de and we will answer them as soon as possible.