Always a step ahead

Professionally and individually adapted to your company web applications are our passion. We offer you intelligent internet presences that interact with your target group through smart content. It doesn't matter whether you only need a microsite, landing page or a complete platform.

We are TYPO3- and Pimcore-Silverpartner as well as Contao-Premiumpartner
and cover all the technologies you need on the Internet.

We manage your images, videos and documents with DAM solutions, organize
interface-driven your product information across all channels using PIM
and make managing your content child's play with modern CMS.
So we always have the right technology for your budget and purpose.

We have already implemented countless web applications for various industries. In addition to Internet presences, we offer e-commerce solutions with links to logistics, payment and CRM providers as well as individual tools for configurators, 3D simulations or classic administration interfaces.

In more than 15 years, our digital agency has thought, done and solved over 2000 projects and tasks in a wide variety of industries. Here you can see an excerpt. 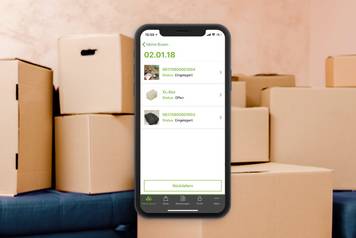 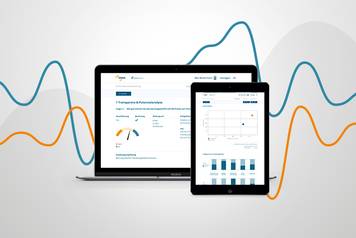 VDMA Survey platform for one of the largest industry associations 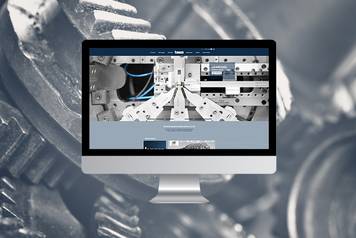 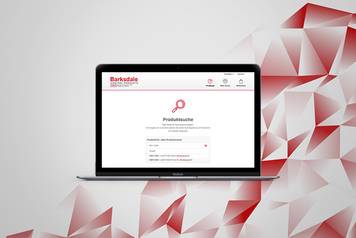 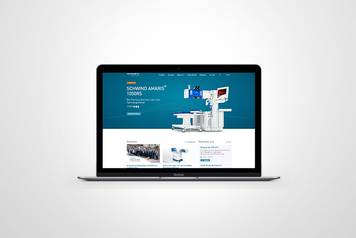 SCHWIND Internet presence with physician portal in a PIM solution
WHAT IS WEB DEVELOPMENT? Web development is the software development of websites as well as services and applications for the Internet.

Web development differs from the term web design. In design, only the layout of websites and graphics are created.

Very simple projects include small websites that have no interaction possibilities and only a maximum of ten pages.

If a CMS, i.e. a content management system, is used, it is possible to obtain a complete website including installation for around 500 euros. The more functions a website has to offer, the more expensive the whole project becomes. Already the integration of a system for the login increases the effort.

Many companies want a connection to existing back-end systems, such as ERP or CRM systems. The typical costs for a corporate website are usually between 2,000 and 10,000 euros. However, large-scale projects in which applications also have to be developed for the back-end are above this budget, and sometimes significantly so.

The decisive factor for the total costs is always the effort that has to be put into web development. The first action of GAL Digital is therefore always to initiate an intensive planning phase in cooperation with the customer. In this phase, goals and wishes are concretized and recorded. On the basis of this planning it is then very well possible to define an exact cost framework. More
WHAT IS WEB TECHNOLOGY FOR WEB DEVELOPMENT? Web technologies are all the techniques used to develop Web pages and applications.

There is a wide range of programming and markup languages and similar tools that are used.

One of the oldest variants and the basis of the WWW is the Hypertext Markup Language, or HTML for short. At the beginning of the Internet, complete websites consisted almost exclusively of HTML documents. PHP is at least as important. This scripting language is used to create dynamic websites and applications.

CSS is also an integral part of many websites. The Cascading Style Sheets belong to the core languages of the WWW. They determine in which form contents of web pages are represented. Important for the creation of modern websites is the Document Object Model (DOM). DOM is a programming interface that is used in connection with HTML and XML documents. Via DOM the structure of such documents is represented in a tree structure. Each individual point represents an object. DOM is independent of programming languages and allows dynamic web pages to be created.

In addition, there are numerous technologies that are often needed. JavaScript is one of these technologies, which was used initially only in web pages. JavaScript, or JS for short, extends the functions of HTML and CSS. It is primarily used in client-side applications to enable interactions with users or to generate content. Meanwhile JavaScript is also used in other environments, for example on servers and microcontrollers.

Secure data transmission has become an important topic on the Internet. In web development, this must be considered separately if an application or website is to offer this function. OpenSSL is the free software that enables the encrypted transmission of data. Keys and certifications can be used to secure data traffic between client and server. Applications and Web sites that want to use OpenSSL must implement this technology.

APIs represent another large area of web technologies. API is the abbreviation of Application Programming Interfaces and describes interfaces for programming applications. APIs enable access to certain hardware components or external applications, for example. APIs are used to access Bluetooth, a camera or network functions. They often come in the form of a Dynamic Link Library (DLL). DLLs in general are another web technology. These are dynamic program libraries. Integration into applications also enables certain functions or access to external programs and devices. They are used to save storage space. Multiple applications can use the same DLL when the same functions are needed. Accordingly, the code does not have to be integrated into the application, only a link to the DLL with the desired function is set. More
WHICH TOOLS ARE USED FOR WEB DEVELOPMENT? The actual web development takes place in several phases. In these different stages also different tools are used, which help with the conversion of the projects.

In the implementation phase there are two stages, which are characterized by very different work. First the actual programming takes place, then the integration into the later infrastructure follows.

Special editors are often used for the actual programming of web applications. Here there is a wide range of software that supports programmers in their work. Very slim, multifunctional editors such as Notepad++ are one possibility. On the other hand, there is extensive software such as Visual Studio Code from Microsoft. Very different approaches are used here. Notepad++ is slim, portable and facilitates the processing of source code through syntax and structure. However, the programmer is on his own when it comes to generation and troubleshooting. Visual Studio Code and similar extensive editors, on the other hand, provide many functions. Visual Studio, for example, supports around 30 programming languages and enables automatic refactoring of source code. Debugging or testing code blocks directly in the editor is also possible with many programs.

The integration of projects into your infrastructure requires a number of very specific programs. Often several functions are built into the code of a web application, which address certain programs in the background. When developing web pages, a web server is later required to display the corresponding page. Such a web server is able to read HTML, CSS and PHP documents and to display them according to the specifications created. An example of a widespread web server is the Apache HTTP Server.

But most websites need more than just a web server to work. Often they address databases. These require their own administration and infrastructure. Databases are used to store and manage information. If users register on the website and deposit a password, this is stored in such a database. SQL has established itself as a database language in the web. Web development defines exactly which databases are needed and when they are addressed. Accordingly, these databases must also be available, otherwise the web server delivers an error message. Databases can be created and managed with programs such as MariaDB or MySQL. So in many cases they belong directly to the web development.

These databases must also be administered. For this there are further specific programs. These allow access to existing databases. In this way, backup copies can be made or direct changes made to a database. The different SQL programs each have suitable administration tools. For the administration of MySQL databases this is for example phpMyAdmin. More
WHAT IS A BARRIER-FREE WEBSITE? A website is considered barrier-free if it is technically designed in such a way that users can access all information and use all functions regardless of restrictions.

The restrictions include both personal disabilities, such as visual impairment, and technical limitations, such as a browser that only displays text.

There are a number of mechanisms and approaches that ensure a barrier-free website. One principle is that design and web development are strictly separated. Fixed font sizes, as defined by HTML, are taboo, for example. This allows scalability through CSS or using percentage specifications. In this way, the font size automatically adapts to the individual settings or technical conditions of the user.

A further measure are alternative text names for graphics, links and similar objects on a website. This is useful for people with disabilities as well as for users with technical limitations. Graphics and images are marked with an appropriate description that clearly reflects what can be seen on the respective image. For links, similar descriptions are attached that explain what is behind the link. This allows screen readers, such as those used by the visually impaired, to tell the user what the link is.

In the area of technical accessibility, it is usually a question of preventing plug-ins or other programs from being necessary to use all the contents of a website. Barrier-free websites, for example, should not have navigation menus created using JavaScript or a plug-in. If users do not have the corresponding plug-in or if the system does not allow the installation of the plug-in, the site cannot be used to its full extent. More

Frequently asked questions about web development. If you have further questions, please send us your question to info@gal-digital.de and we will answer them as soon as possible.